So another morning in the beautiful Kawaguchi-ko. We set our alarms for 4am as usual, but when we checked there was no Fuji to be seen, so we got an extra hour in bed! When we finally got up and started our day Fuji could be seen in glimpses, our first cloudy day. 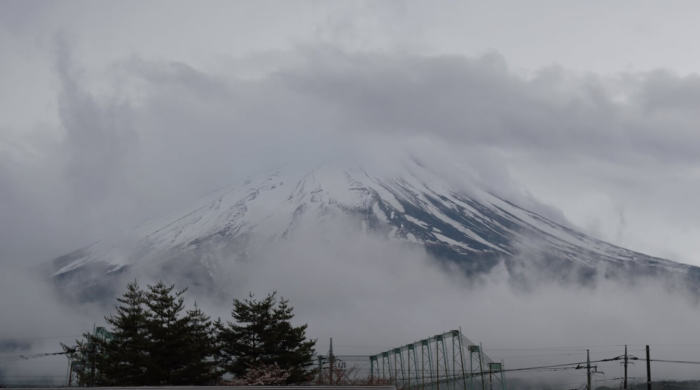 So we headed off to a lesser known spot around the five lakes area, to the sixth lake Tanuki. The reason why Tanuki-ko is not included in the lakes is because it is a man made lake, not naturally formed due to the eruptions of Fuji. However, although it is not a natural lake, Tanuki-ko boasts the site for the diamond fuji phenomenon, which makes it pretty popular with photographers. We headed out in the pouring rain with the hope that the clouds would soon clear. Rather than clear the clouds got worse and worse, and by the time we go to the lake visibility was awful… but it was so beautiful!

I was quite stroppy at first as after a quick check we found that the cloud had cleared… at Kawaguchi-ko! After beginning the walk around Tanuki-ko I forgave the weather, and was stunned by the scenes it had created. As it is a man-made lake there are run off channels which feed the storm water into the lake. It had rained so much over night that the lake had burst its banks, and flooded the paths. The fence you can see on the left is where the path ends and the lake begins… but not today. 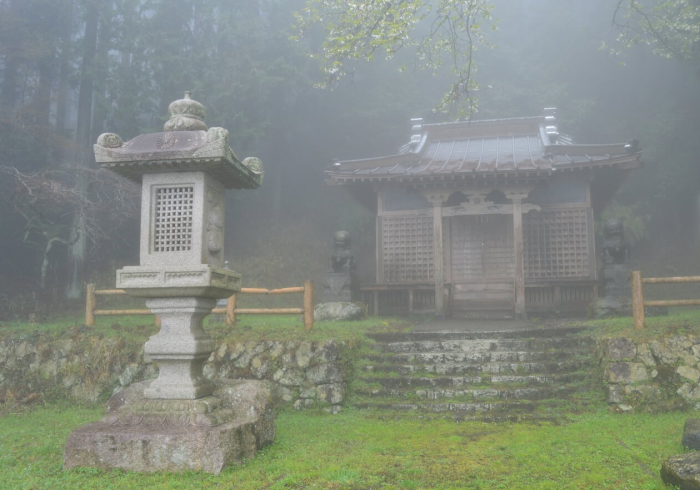 Everything was made errie and beautiful and we even saw our second tanuki of the trip… at tanuki shrine!!! We finished the walk around the lake and the mist and fog was starting to break up, we didn’t want to leave the area as it had taken almost an hour to get here, so we picked some nearby attractions to fill the time until the skys cleared. We looked on google maps and picked a nearby spot, Jimba no taki, Jimba waterfall. 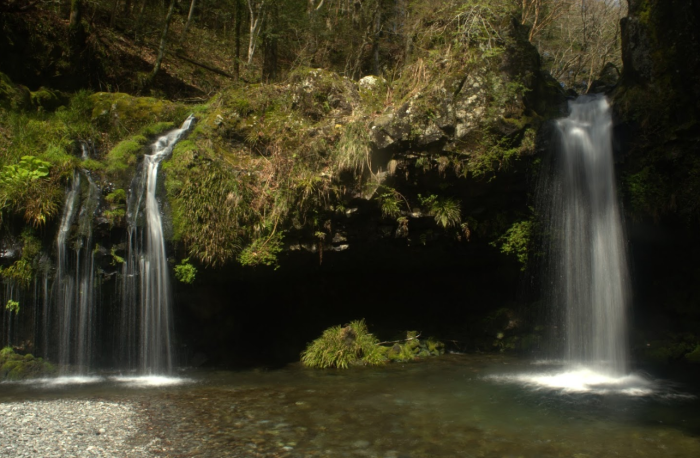 If you compare this to Shiraito then you may be disappointed, however Jimba falls are a really lovely cute location to visit. Down some more local single track roads you can find a small car park and some toilets which lead you into the small cove where the waterfall is located. It had flooded in the rain so access was a little tricky, but definitely worth it. The waterfall was beautiful and it was a real serene spot to spend a little time. By the car park we found a map of the local area which advertised some hikes that could be done, we saw that there was a suspension bridge not too far away (Nebara suspension bridge) which has a good view. It was have been a 2.5 hour hike, so we hopped in the car and headed out. Spoiler alert: we found the bridge! 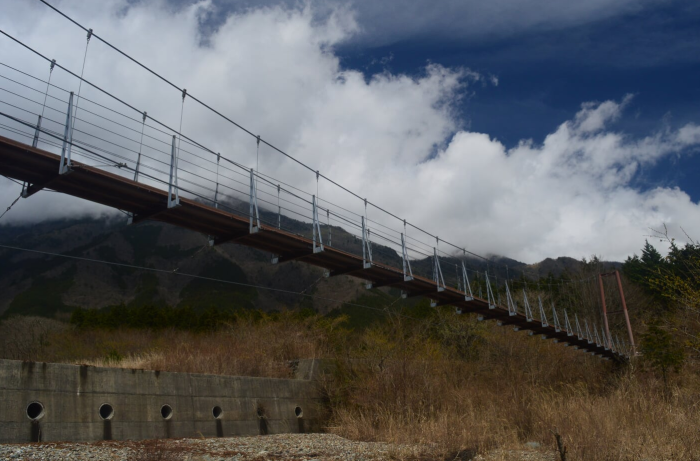 We did, however, had a little bit of a hills have eyes experience trying to find the car park to walk the short way to the bridge. We turned off the main road onto a dirt track, first we went past an empty camping ground and then found our way into a, seemingly, abandoned street of around 8 homes. The only sign of life was the barking of dogs when we passed. We did then find the cutest car park of the whole trip, an honesty car park! There was a little post box with slips you filled in with your arrival time and how much you were paying, and posted it into the box! We did get to see Fuji and explore a little around the suspension bridge as the dam was closed and the river dry.

Now we knew Fuji was peaking out again we headed back to Tanuki-ko, picking up a spot of lunch on the way. We were in luck and got a picnic bench by the lakeside. Although the paths were still somewhat flooded, all the mist had gone and Fuji was clearly visible. We re-did the same route around the lake as earlier, but this time got the shot at the spot where one can see the diamond Fuji (which only happens twice a year at sunrise!). Diamond Fuji was actually going to be in two days time and photographers had already chained their tripods to the railing to bagsy their spots.

Now it was clear the lake was actually quite busy, there were a number of school trips, fishermen and other holiday makers around the lake, but it never felt crowded. Strangely the sakura here were a bit behind the rest of the area, so weren’t in full bloom yet, but still beautiful.

After doing some small hikes in the area we headed off on the hour long drive back to Kawaguchi-ko. We decided to watch the sunset from Oisha park that evening, a popular spot which is famous for their changing garden and matcha ice cream. It was rather empty when we arrived as most of the out of area tourists had left for the day. We got a stunning sunset!

Not yet satisfied with our fill of Fuji we headed off again, to try and shoot some yozakura – night time cherry blossoms.

We headed around Kawaguchi-ko lake and then onto the northern shore where the corridor of blossom is planted.

We did then drive to, and then climb up to, Chureito Pagoda, but the sun had set too far and we weren’t able to get any good shots… 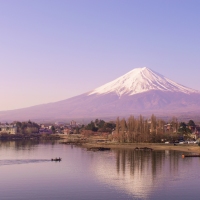 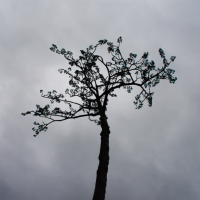