So we awoke in our plush and fancy hotel for sunrise (as usual), we had bought breakfast with us as we were getting up around 3am to watch the sunrise. Sadly, the clouds from the day before had stayed and obscured the sunrise. 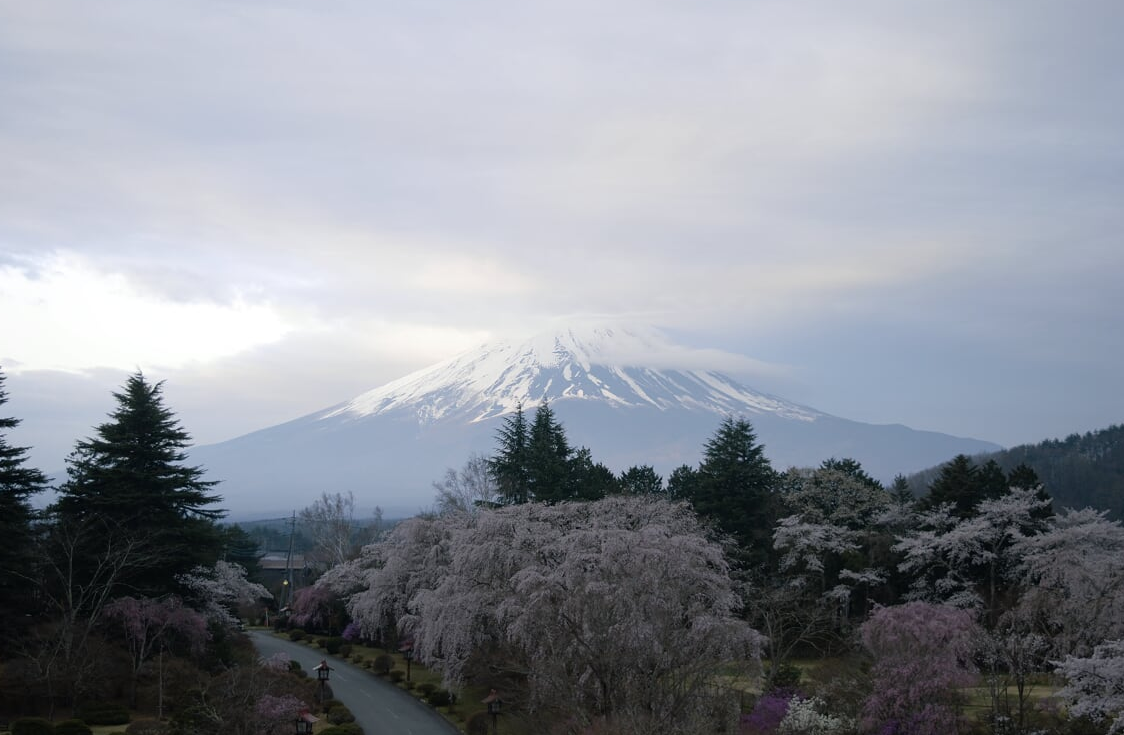 As the clouds were obscuring the view we decided to explore the grounds during daylight. Through a small wooded area next to the gold course is the western edge of Kawaguchi-ko, which is almost completely unspoiled. It was beautiful in the still of the morning. 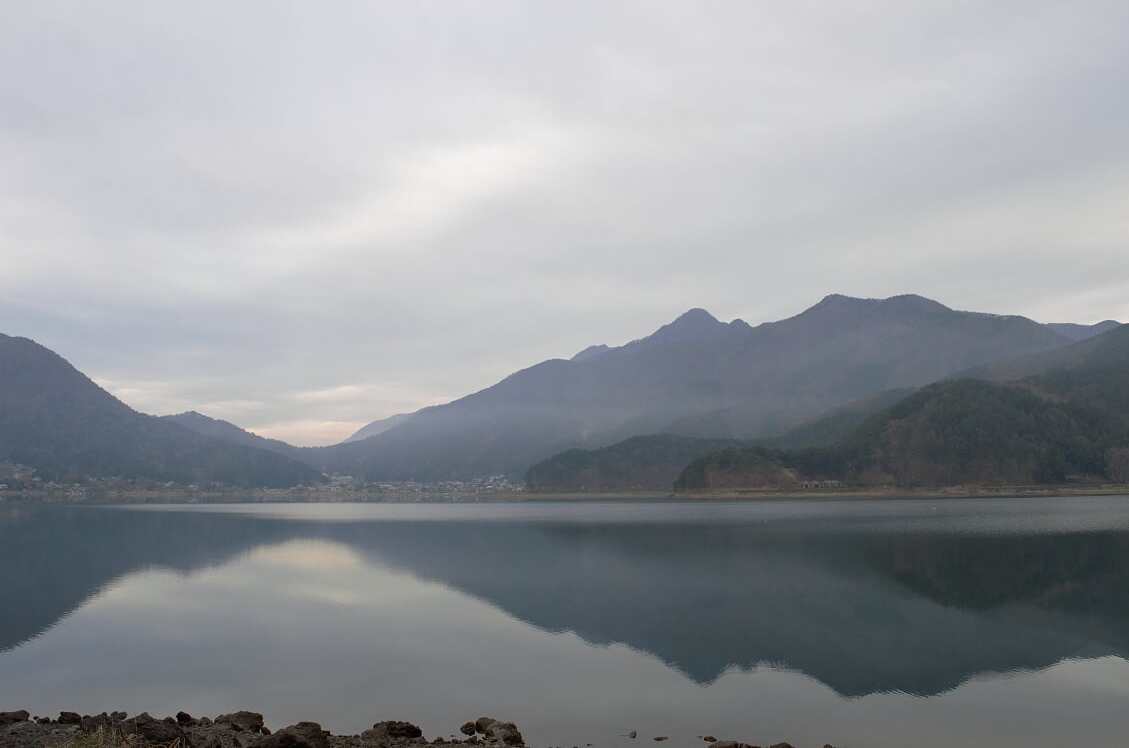 It was even quite informative actually, from walking around the edge of the lake we found a marker which showed the height of the lake water at previously floods. I couldn’t imagine the water being that high! 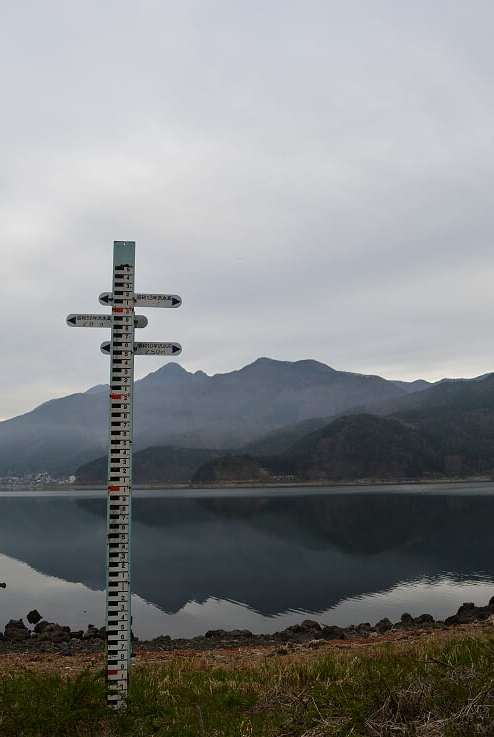 We kept wandering, and only saw one other person, a fisherman who was just leaving after a night of fishing. There were some really beautiful homes and it was great to see a part of Japan where people live, away for the prying eyes of tourists. 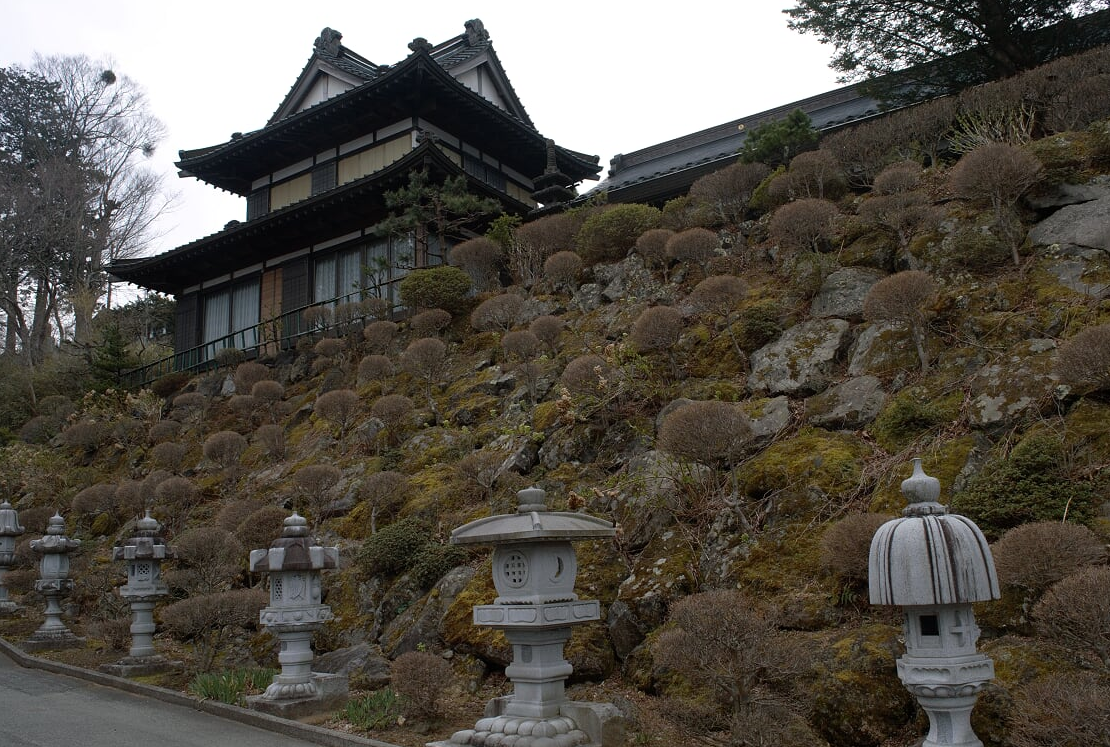 After exhausting the hotel grounds we hopped back on the shuttle bus to Kawaguchi-ko station. We decided to walk about to Oishi park (we had driven there earlier in the week) to have a look for souvenirs. Conscious that our trip was coming to an end our minds were turning to gifts for our friends and family back home. As we had only ever driven there before we didn’t realise how far it was, after a 3 mile walk we arrived in Oishi park! On our way we had passed some play park for children, where local parents had gathered, where blossoms were planted. 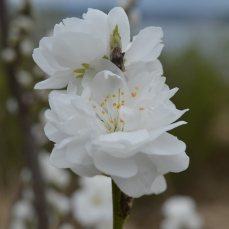 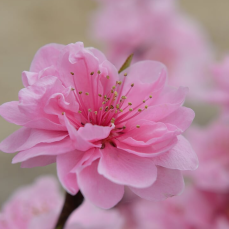 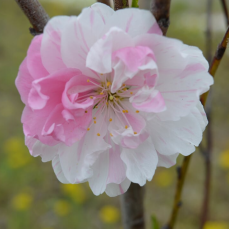 We were hoping that the clouds would pass and Fuji would return for the afternoon, however it became clear that that wasn’t going to be the case. We walked back to the hostel. For sunset, in the hope the setting sun would clear the clouds, we headed back across Ohashi bridge and set up at our favourite little spot under the bridge. The sky really turned colours! 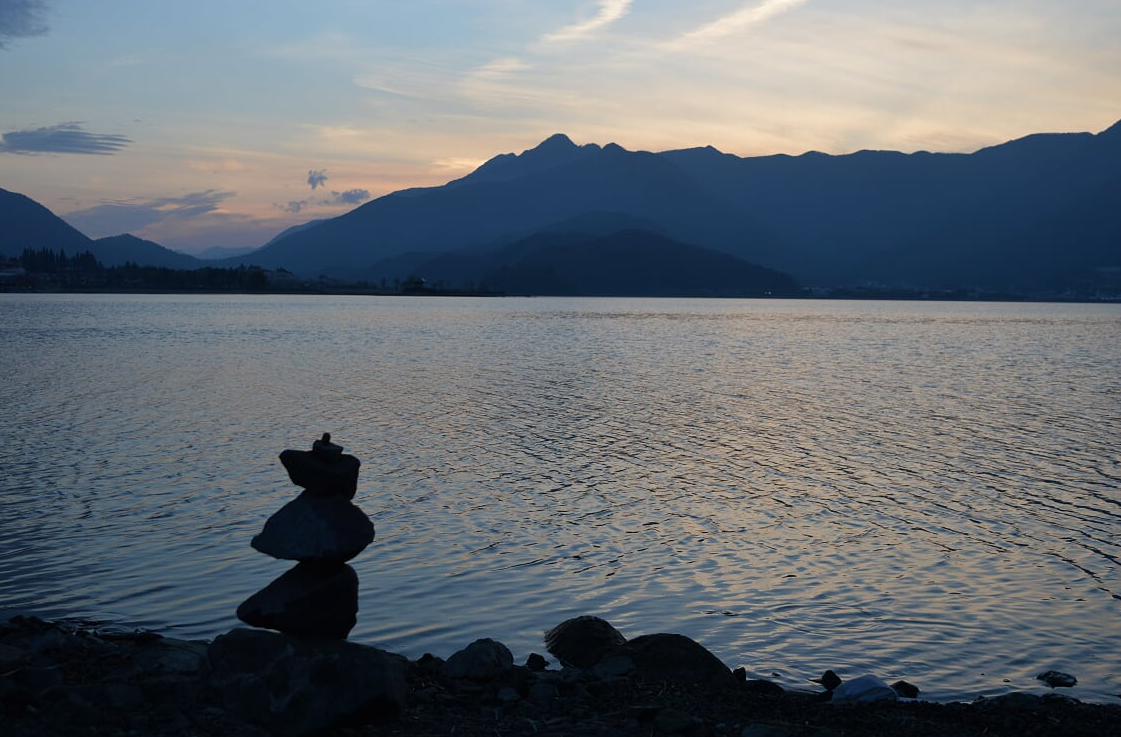 And Fuji started to appear out of the clouds! 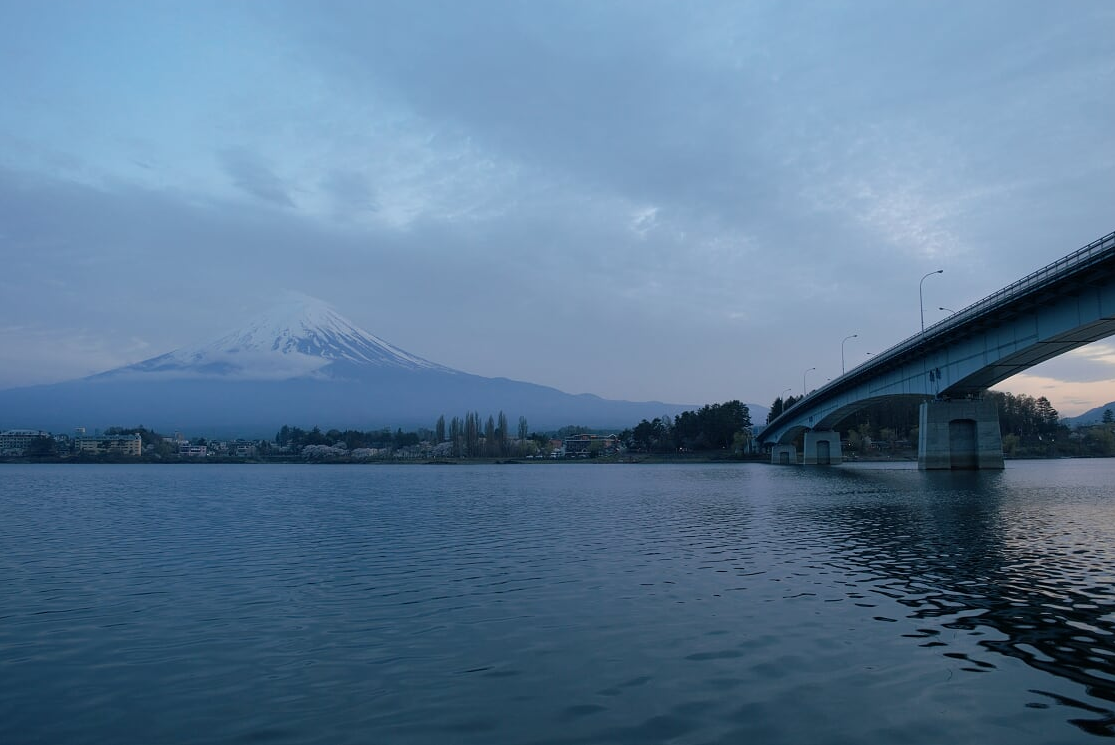 With Fuji in sight and armed with a tripod we headed off around the lake, instead of returning over the bridge. Fearful that the clouds would return tomorrow we wanted some final shots of the blossom and Fuji. 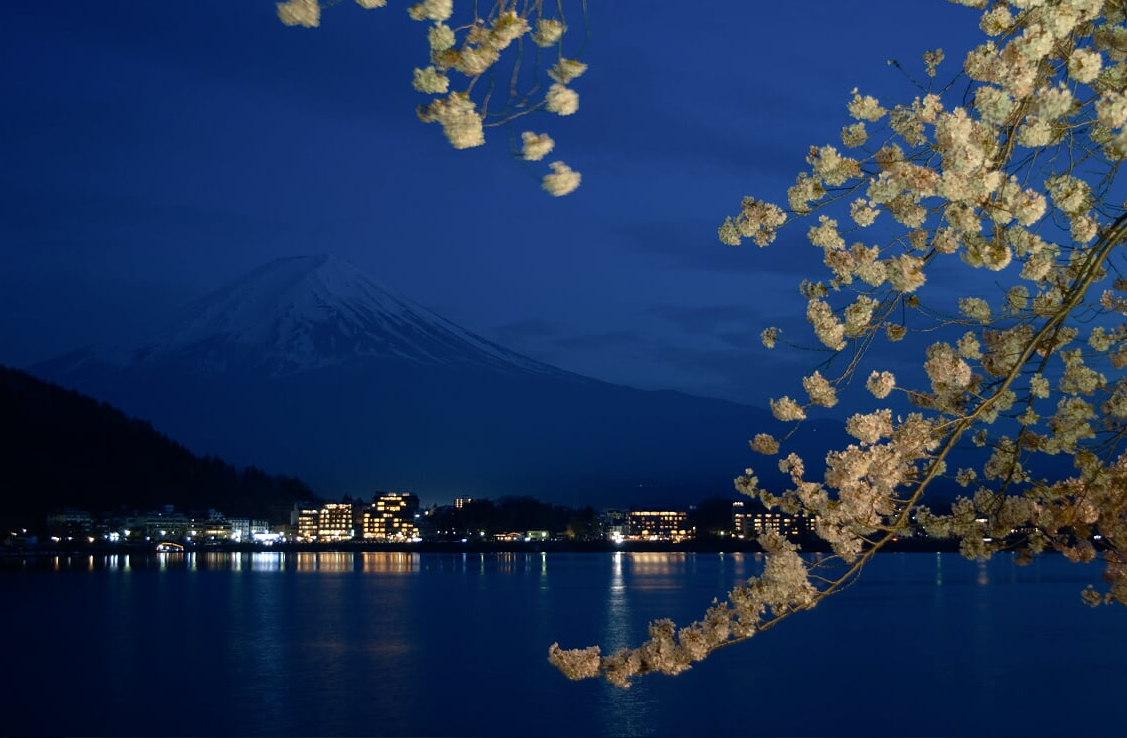 After we lost the light we headed back for our final night in the hostel, picking up a warm lemon tea from the conbini on our way back. Our wanderings bought us to this gorgeous weeping cherry by the lake, a beautiful end to the night. 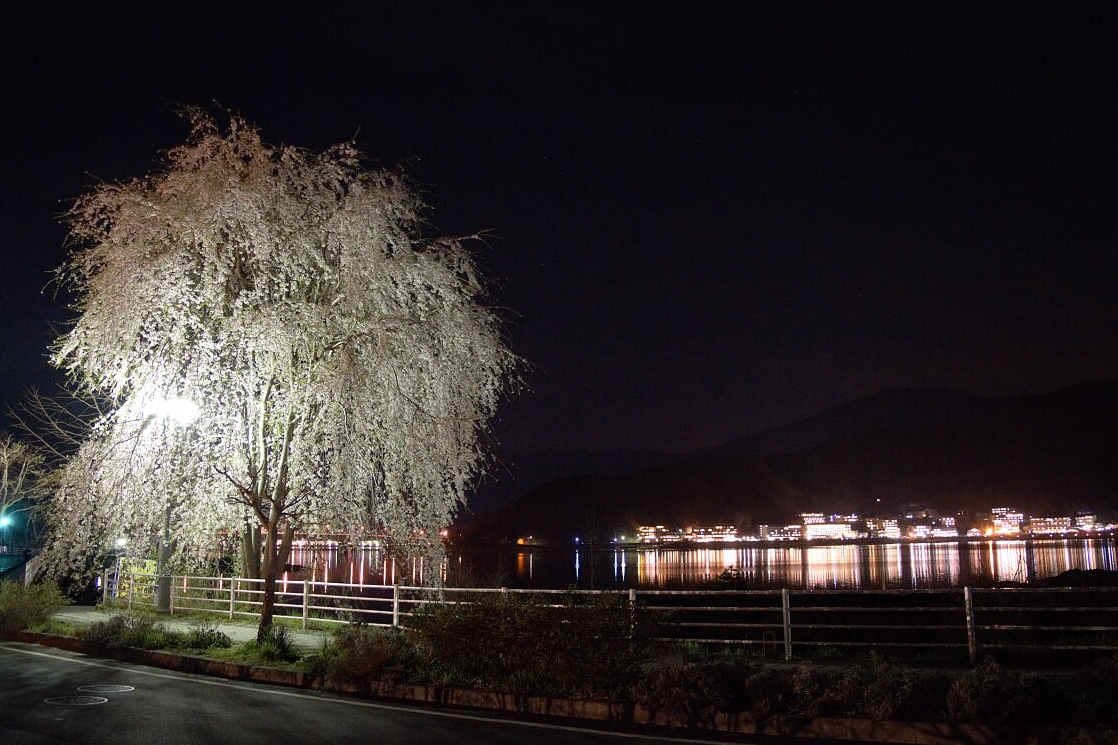 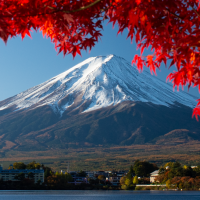 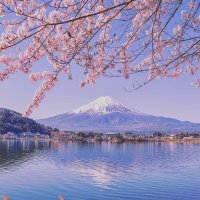 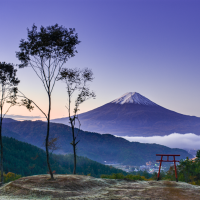